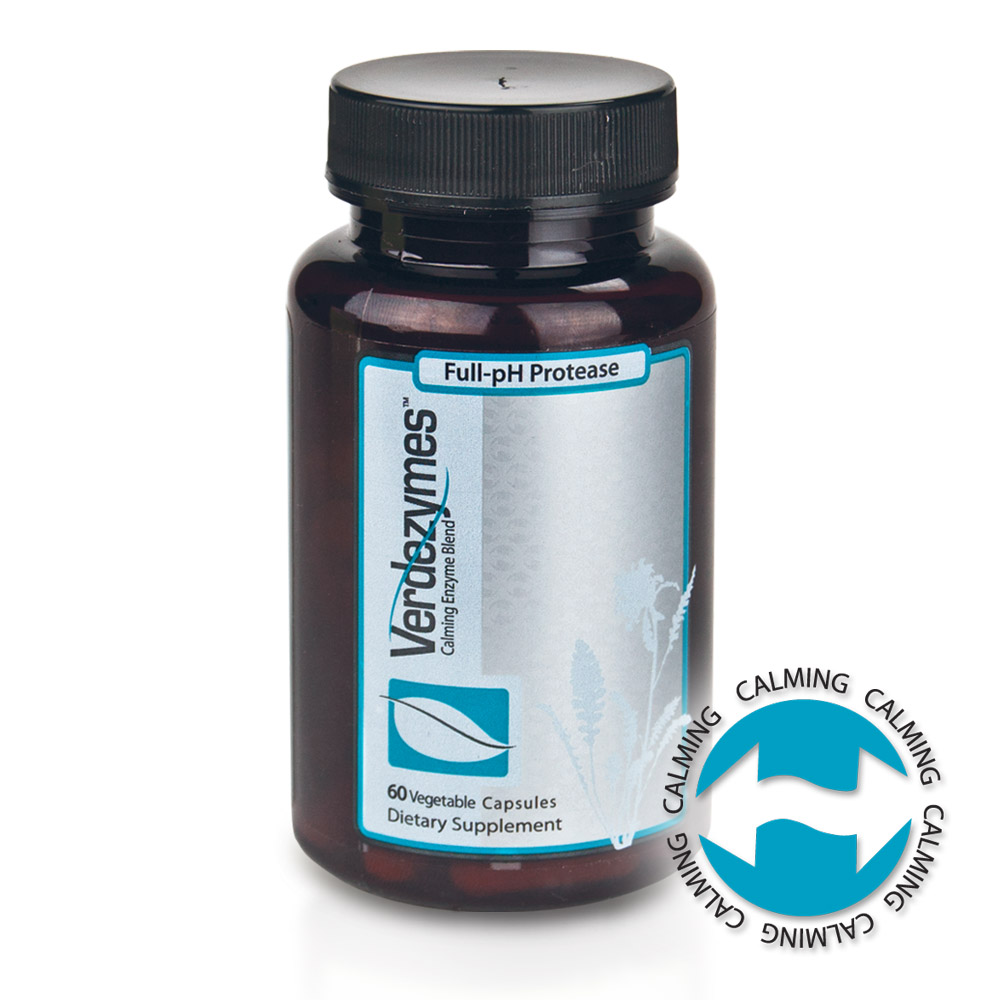 At the time of writing, there were no well-known drug interactions with Wood Betony, Peppermint, Marshmallow, Passion Flower or Konjac (Glucomannan)

Wood Betony is a flowering, ornamental plant native to Europe. It has a widespread history of use dating back to the Roman Empire. It has a reputation for being an herbal aspirin and is employed in nearly every self limiting disease. Today it is most useful for treating diarrhea and headaches. Additionally, the extract is useful as a gargle for treating mouth and throat irritations. During the middle ages it obtained a reputation for treating mental disorders much more serious than simple headaches. It was reported to magically relieve anxiety and depression.

Wood Betony contains about 15% tannin’s, which account for its ability to manage diarrhea. It also contains several flavonoids that have been found to lower blood pressure. This probably accounts for the plant’s magical powers in treating imbalances of the nervous system ranging from headaches to depression. Wood Betony also contains about 0.5% of the digestive enzymes betaine, useful for restoring balance to the digestive system. The plant is not toxic, but overuse could cause irritation of the digestive tract due to the tannins present.

Wood Betony is high in Calcium, Selenium, and Silicone. It is also very high in Manganese.

Passion flower is a viney plant named for its fruit and flowers. It is native to the subtropical regions of the American hemisphere. Passion fruit juice is often included in exotic drinks for its unique taste and color. The fruit itself is edible but many seeds and a pulpy texture diminish its popularity.

Early Spanish explorers saw this plant as a sign of God’s favor since the flowers contained elements of the crucifixion of Christ: the corona appearing to represent the crown of thorns, the petals representing ten true apostles, etc. Both its common and scientific name are derived from the plant being a living symbol of Christ’s suffering or passion.

Homeopaths have used passion flower to treat pain and insomnia. Herbalists have had great success using it to treat imbalances of the nervous system including insomnia, nervous tension and stress headaches. Besides being an excellent herbal sedative, passion flower relieves smooth muscle spasms. This makes it useful for treating spasmodic dysmenorrhea, colic, diarrhea, hemorrhoids, blood pressure, and epilepsy.

The flavonoids of passion flower work in tandem with the alkaloids to enhance the overall effect of the herb. Passion flower also has an antifungal principle called passicol that shows intermediate killing power on candida species.

Passion flower is high in Magnesium, Niacin, Phosphorus and Potassium. It is very high in Chromium.

Marshmallow root is a member of the mallow family (Malvaceae), a group of a thousand odd species with two common characteristics. They are edible and contain an abundance of mucilage. In fact, mucilage is so common in these plants that the roots of other mallow such as hollyhocks and hibiscus can be readily substituted for marshmallow as they possess similar quantities.

It is hard to pinpoint the earliest use of marshmallow since its first mention in the written history refers to its already widespread use as a food. The Old Testament book of Job mentions it being eaten in times of famine. A dish of mallow was considered a delicacy by the ancient Romans and the Chinese also used a species of mallow for food.

The most common use of mallow on the European continent and in western herbal medicine is the Althea officinalis. The European taxonomists knew of its virtues as a demulcent since its family name, Malvaceae, is derived from the Greek “malake” or “soft” referring to the soft mucilaginous nature of the herb. The generic name althea is derived from the Greek “althos” meaning to cure.

Althea officinalis grows throughout Europe, where it is native and has been cultivated and now grows wild in America and other temperate climates of the world. It is cultivated as a medicinal plant in Belgium, France and Germany, but no longer used as a food staple.

Althea inhabits salt marshes, river banks and other moist places. Its habitat and mucilage content accounts in part, for its above average content of sodium, since sodium salts of polysaccharides (mucilage) are soluble and are freely transported within the plant. Recently it has been shown that the mucilage content varies seasonally and is highest in fall and winter. Marshmallow also has substantial quantities of calcium and magnesium. These metals precipitate (harden) polysaccharides and further study would probably show an abundance of these minerals concentrated in the older structural cells of the root.

Marshmallow’s ability to bind and eliminate toxins allows the body to clean itself. For this reason, it is added to arthritis, laxative, infection, female tonic, vermifuge and other cleansing formulas. It is also a major constituent of poultices. Marshmallow is well known for treating kidney and bladder infections.

In diuretic formulas, marshmallow is traditionally thought to soothe the urinary tract. However, the polysaccharides are not absorbed from the digestive tract. The active principles for diuretic action are volatile acids, oils, and tannins which irritate the urinary tract and stimulate the production of urine and mucous.

Marshmallow is also popular as an expectorant for the respiratory system. It must be used topically as a decoction to soothe the throat since the mucilage is not absorbed by the digestive tract.

The benefits of viscous fiber

Absorbs toxins from the bowel

Acts as a demulcent to mucous membranes of the bowel

The plant contains 25-30% polysaccharides (mucilage) and 25-30% starch, which accounts for its demulcent effects on the digestive tract.

Tannins and volatile oils in the fresh root are responsible for the diuretic effects of marshmallow. Their presence irritates the mucous membranes of the urinary tract sufficiently that mucous is secreted to sequester the toxins. This results in other toxins being sequestered and subsequently purged from the urinary tract.

Marshmallow is high in Chromium, Fiber, Sodium, Tin and Vitamin C. It is very high in Iron, Magnesium and Selenium.

Peppermint is a universally loved and widely used flavoring found in everything from toothpaste to liquor and medicine. Nearly one million cups of peppermint tea are consumed daily, making it the third most popular tea flavor in the world (behind black tea and chamomile tea.)

The popularity of peppermint is based on its volatile oil, which contains an abundance of menthol, a time-honored and clinically proven aid to digestion. Menthol is also a mild antispasmodic which makes it useful for relieving menstrual cramps and nausea. It is also a mild vasodilator, creating a warm or flushed feeling by stimulating circulation.

The generic name for mint (i.e. menthe) is derived from the Greek, “Mintha,” who in Greek mythology was the daughter of Cocytus. She was supposed to have been embodied in this plant by Prosperpine in a fit of jealousy. The species name “piperita” has reference to the peppery or pungent qualities of the plant.

There are three species of mint in cultivation and general use: spearmint, peppermint, and pennyroyal, the first two being popular flavorings in cooking.

Peppermint is a native of Europe, but has escaped cultivation in most temperate regions. In the United States, peppermint is more common than spearmint in waste places. Peppermint was first cultivated in England in 1750 and in Europe in 1771. Peppermint oil is an important European product and several varieties of peppermint have been developed, the chief ones being black and white. The black peppermint has high yields of lower quality oil (based on menthol content), while the white peppermint produces high quality oil in smaller amounts. American peppermint is of the black variety containing less than 50% menthol.

Japanese farms produce the best quality oil because of their unique climate. Japanese oil contains up to 85% menthol. However, much of the Japanese oil in commerce has been dementholized and is at its best, only a substitute for flavoring agents in toothpaste, etc. It is not common for American peppermint oil to be adulterated with dementholized oil or with camphor oil, cedar oil or other volatile oils.

Peppermint oil is used in the food industry for flavoring. The herb is used in the culinary arts because of its stimulating, stomachic and carminative properties. In medicine, peppermint has been useful as an antispasmodic, expectorant and irritant. It is used in alleviating the symptoms of colds, flu and general fevers, nervous disorders, flatulent colic, rheumatism, as a local anesthetic and to cover the taste or quality of the nauseating or griping effects of other medicines.

The oil of peppermint has been shown to be antimicrobial and antiviral against Newcastle disease, herpes simplex, vaccinia, Semliki Forest and West Nile viruses.

It also exhibits spasmolytic activity on smooth muscles and stimulates the production of digestive fluids which accounts for its carminative action.

The flavonoids in peppermint also add to the spasmolytic effects, vasodilating effects and antimicrobial properties of the herb.

The azulenes show anti-inflammatory and anti-ulcer properties and the tannins provide the astringency.

One note of warning about peppermint is that the concentrated oils are very potent and may cause contact dermatitis, flushing and headache if rubbed on large portions of the skin or inhaled profusely. The whole leaf contains large quantities of astringent tannins that can damage the liver and intestines with prolonged use.

Peppermint leaf is high in Calcium, Iron, Niacin, Potassium and Protein. It is very high in Magnesium, Phosphorus, Riboflavin, Thiamine and Vitamin A.